A downloadable game for Windows

Prologue
After the incident want back to normal, some week later mystery black mist

Appears out of nowhere cover whole town everybody going crazy one reason protagonist are not, Charlotte know where is coming from, So up to Kiwi, Zero and Charlotte what causes this mist.

Info: A average kid who see characters by his unique talent, He doesn't have much trouble on his life just want memories, he act difference by his brother which can't tell even he tell him, by average mean well average state.

Info: Kiwi younger brother, he his mature, he is about abandoning fear, which seemed to imply trust, which in turn implies the form of innocence he is often associated and take the leap of faith. for some reason dislike witch? only his brother know, Zero strong persons his attack and defend are strong some reason lack of resistance but still hold up.

Info: She was the Stage 5 boss and mid boss, this time she travel with the protagonists since she can't not fly by the moment because black mist, she kind a tomboy, she mostly spent time go east to seeing a friends?, since black mist blocking her abilities to fly, she travel the protagonists to find out what cause of it. She a witch... lack of defend but strong resistance somehow good physical too, she have strong magic sometime she unleash her attack.


CREDITS
Music: by me the one in Music Room
Artwork: by me

This my second game I made, there lot Improvement

especially artwork, I hope you guys enjoy the game.

Make sure Read the Manual.

Be sure to give me your feedback and let me know if there's any bug, and/or a grammar error.

Download the rar, and play either from rar package, or drag  into a folder.  Click on Game.EXE to run the game. 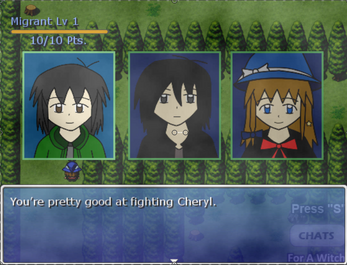 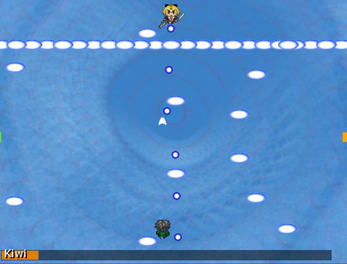